The Leadership Team is responsible for overseeing the implementation of the Company’s policies and strategy set by the Board, and for creating the conditions for their successful day-to-day operation. 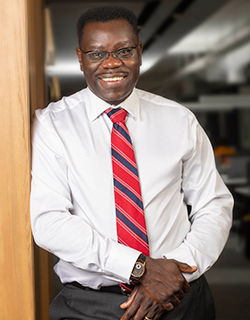 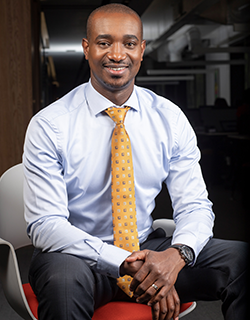 Philemon has been with BAT Group for 14 years. He joined BAT Kenya in 2007 from PricewaterhouseCoopers (PwC), as Internal Audit Manager. He has subsequently held various senior Finance Leadership roles within the Group, including, Finance Controller (Uganda & Big Ben Tobacco DRC), Finance Controller (East & Central Africa), Head of Operations Finance (East & Central Africa) and most recently Head of Finance (Horn of Africa & Indian Ocean Islands). Philemon is also Chair of the Board of Trustees, BAT Kenya Staff Provident Fund and Head of Finance for BAT East Africa based in Nairobi. Connie joined BAT in 2007 and has held various senior roles in External Affairs, Government Affairs and Legal in End market, Regional and Global Roles. She worked in Kenya and East & Central Africa Area prior to her move to London in 2016 as lead counsel for Western Europe Region and thereafter as Head of Regulatory Engagement for Asia Pacific and Middle East Region based in Hong Kong. Most recently, she was Head of Global Regulatory Policy & Foresights in London. Connie is also the Head of External Affairs for BAT East Africa, based in Nairobi.

Kenneth has immense experience in Trade Management having joined BAT Kenya as Trade Marketing Representative in 2005. He has since risen through the ranks and held various commercial roles within BAT. Prior to his current role, he was Head of Strategy and Planning for BAT East and Central Africa. He has also gained international experience while on assignment to BAT Eritrea as Country Manager and most recently in 2017, where he led the route to market transformation at BAT Vietnam. Kenneth is also the Head of Trade for BAT East Africa based in Nairobi.

Diana joined BAT in 2007 as Talent and Organization Effectiveness Manager for Souza Cruz|BAT Brazil. Prior to joining BAT, she worked with other FTSE companies, such as Coca Cola and IBM. Diana brings robust experience in HR Management, having been in the profession for over 18 years, in both business partnering and centres of expertise. Prior to her current role as Head of Human Resources, Diana was the Senior HR Business Partner for Operations and Leaf based in Rio De Janeiro, Brazil. Diana is currently the Head of Human Resource for BAT East Africa, based in Nairobi. 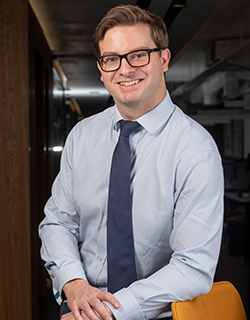 William joined BAT in 2014 from Hogan Lovells International LLP London, taking up the role of Legal Counsel in BAT’s head offices in London, UK. William brings over 11 years of legal experience; advising on complex, often international, regulatory and commercial issues; specialising in judicial review and civil litigation and counselling on administrative law and commercial human rights. Prior to his current role, he was Head of Legal and External Affairs for BAT East and Central Africa Area from 2019, and before that a Senior Counsel in BAT’s Litigation and Regulation Centre of Excellence in London, UK. William is also the Head of Legal for BAT East and Southern Africa Area and a Director of BAT Tanzania Distribution Limited. Rachel re-joined BAT in 2012 and is a seasoned marketing executive with vast experience across various marketing disciplines including Strategic Planning & Insights, Brand Management and TM&D. She has experience in the FMCG sector spanning different markets within Sub-Saharan Africa including Egypt, DRC, Mauritius and South Africa. Rachel recently returned from a two-year assignment in the East and Southern Africa Area head office in South Africa. Rachel is also the Head of Marketing for BAT East Africa, based in Nairobi. Edgar has more than 20 years of experience in information and digital technology. He joined BAT in 2008 as the Service Level Manager for East Africa and has held several other roles at a regional and DRBU capacity. Prior to BAT, he serves in various roles including IT Manager at UN World Food Program, IT Manager UN UNDP Somali and Geographical information specialist at UN FAO. He holds a Master of Science degree in Information Systems and a Bachelor of Science degree in Civil Engineering, both from the University of Nairobi. Edgar is the Digital DNA Lead for BAT East and Southern Africa head of IDT for BAT East Africa, based in Nairobi.

Oscar joined BAT-Venezuela in 2008 as Production Manager. Prior to joining BAT, he worked with Procter & Gamble, mainly in their manufacturing business. In 2013, He was transferred to BAT-Chile as Supply Chain Project Manager to lead the implementation of the Americas Planning Hub project. In 2015, He was transferred to BAT-Costa Rica as Head of Supply Planning for BAT’s Americas and Sub-Saharan Africa (AmSSA) region. He joined BAT Kenya in 2020 as Head of Supply Chain. Oscar is also the head of Supply Chain for BAT East and Southern Africa Area, based in Nairobi.